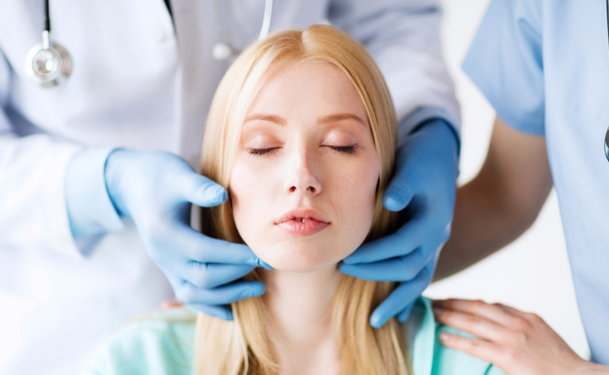 An adenoidectomy is the surgical removal of the adenoids, which are small lumps of tissue that lie in back of the throat behind the nose.

If breathing through the nose is blocked, if chronic headaches or earaches results, then the adenoids are removed.

The lymphoid tissue makes up the adenoids, which means that it contains white blood cells of the immune system. In children, adenoids and tonsils play a role in fighting infections by producing antibodies that attack bacteria entering the body through the nose and mouth. In adult life, they do not play any role in maintaining health and they usually shrink until they disappear.

The adenoids can often swell up and become inflamed between the ages two and six. This makes the child difficult to breathe when asleep. Eustachian tube connects the back of the throat to the middle part of the ear and it is blocked by swollen adenoids.

Blockage of this tube can lead to glue ear. This reduces the child’s hearing process until the blockage is relieved. The operation performed to remove adenoids is called adenoidectomy.

Infected adenoids become enlarged or chronically infected and leads to obstructed breathing, snoring, sleep apnea, sinus or ear infections. Swollen adenoids are associated with tonsillitis and are usually removed as part of the operation to remove the tonsils.

The surgery is performed by the ENT specialist. It is performed under general anesthetic. To stop the bleeding from blood vessels near the adenoids, a gauze pack is applied with pressure by the surgeon to the area from where the adenoids are removed. When the bleeding is stopped, the pack is removed and the operation is finished.

The child is not allowed to wake up until the bleeding ahs stopped. Nowadays, after the operation your child can leave on the same day.

There are very few complications after the surgery and rarely bleeding occurs. Bleeding is serious in small child and often the child does not notice or complain about the problem.

Therefore, the child should be observed for few hours after the surgery. If bleeding occurs, the surgeon inserts gauze pack into the nose to stop bleeding.

The other complications can be infection in the area of the operation, increased pain and fever. Rare complication of the surgery is change in voice or nasal regurgitation. Sometimes it is needed to have more aggressive surgery.

After the surgery, the child is sent to home with a course of antibiotics for one week. Your child may feel pain at the back of the nose and throat, for which pain killers are given by the specialist. The pain usually disappears after a week.

The child should take more fluids. Your child should follow the prescribed medications after coming home. Avoid your child from playing heavy or rough play for duration of time recommended by the surgeon.

If there is any sign of infection or bleeding, call the doctor immediately. Adenoid tissue rarely regrows. Adenoidectomy has good outcomes and patients are expected to make a full and recovery.